Buckle Up for Life: Time to child passenger safety

NGOupdate
on September 12, 2014
Email ThisBlogThis!Share to TwitterShare to FacebookShare to Pinterest 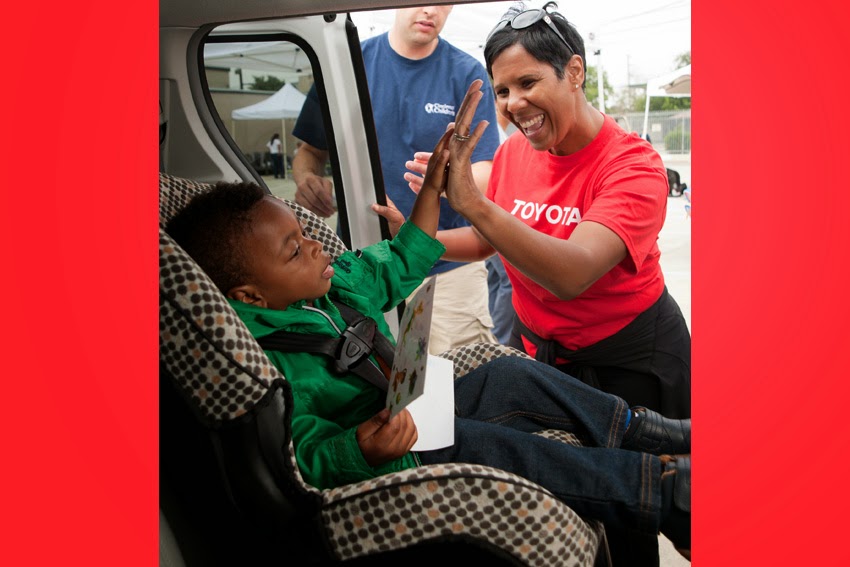 What if there were a way to prevent a leading cause of childhood death, but three out of four of us were doing it wrong? The startling truth is that a car seat can dramatically reduce childhood death and injury from motor vehicle crashes, but 75 per cent are installed incorrectly.

Buckle Up for Life is a national education program, created in 2004 by Cincinnati Children's Hospital Medical Center and Toyota, to save children's lives.  Over the last ten years, it has grown to include a network of more than a dozen of the nation's leading children's hospitals and has educated more than 17,000 people about the proper use of car seats and seat belts. Toyota's sponsorship has provided funding for over 40,000 car seats for families in need.

On average, community organizations that have offered Buckle Up for Life have observed a marked improvement in members' auto safety behaviors, including:
> The rate of children unrestrained in cars decreased from one in four to less than one in ten
> The rate of children in car seats increased from almost one in three to one in two
> A 15 per cent increase in use of seat belts for adults, from 71 per cent to 86 per cent

"When we launched Buckle Up for Life with Toyota ten years ago, we believed that convening families, leading children's hospitals and trusted community organizations could have a powerful effect on improving children's safety," said Dr. Victor Garcia, Founding Director, Trauma Services, Cincinnati Children's Hospital Medical Center. "We are humbled by our impact, but know we have much farther to go. We want every family to have the education and resources necessary to keep their children safe."
Posted by NGOupdate at September 12, 2014