NGOupdate
on December 09, 2014
Email ThisBlogThis!Share to TwitterShare to FacebookShare to Pinterest 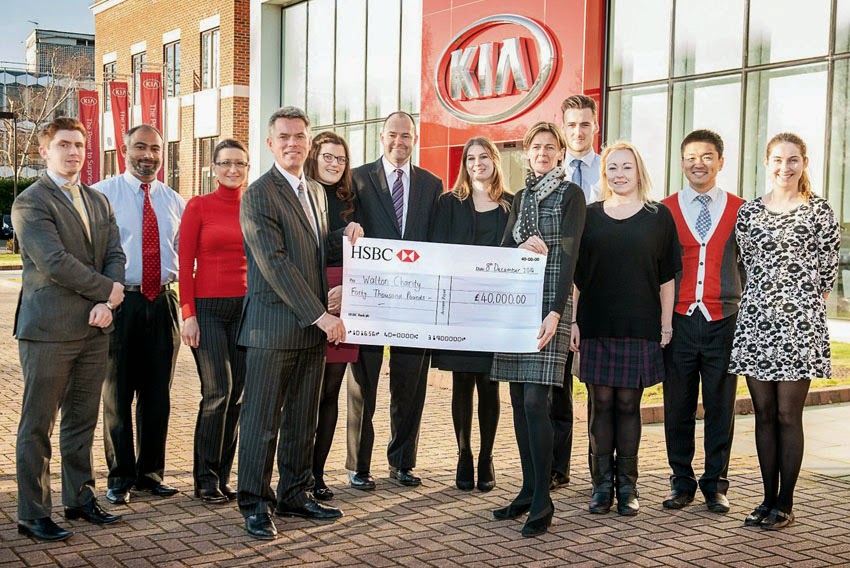 When posed with the challenge - can you walk to Seoul, South Korea in 14 weeks? 116 staff at Kia Motors UK head office immediately said yes! Armed with pedometers every step was counted in the walk to Seoul.

Since partnering with Walton Charity, staff at Kia Motors have helped in numerous ways - from spending time painting offices for local companies that were flooded at the start of the year, through to digging local allotments and donating food and toys for the Walton food banks and Burwood playgroup charity.

"The time that staff at Kia have committed to helping us in the last year has been such a positive experience for all involved. The Walton area is seen as an affluent area but there are many members of the community both young and old that need our help," said Jackie Lodge, Chief Executive, Walton Charity.

"The £40,000 raised means that we can now combine this with the monies received from our recent merger with Thames Homeless Project to fund buying a residence for supported housing for people in difficulties. The additional £40,000 will buy us an extra bedroom, which in the long term will assist more homeless people in the borough."

Gary Tomlinson, Head of HR and Facilities, Kia Motors, added, "We never expected so many members of staff to take up the challenge - the levels of competitiveness shown has been a great surprise - the number of staff who would just get up and walk about just to get their steps up was a real incentive for everyone to get moving. The knowledge that we were all raising money for Walton Charity made everyone want to walk more."

Although the Walk to Seoul may be over, staff at Kia are still planning activities and events to assist Walton Charity and the local community. Current activities include painting local sheltered housing properties and donating items to a local Winter Shelter supported by Walton Charity - bedding, clothing, kitchen items as well as toiletries and board games are all on the list.
Posted by NGOupdate at December 09, 2014