NGOupdate
on March 17, 2015
Email ThisBlogThis!Share to TwitterShare to FacebookShare to Pinterest 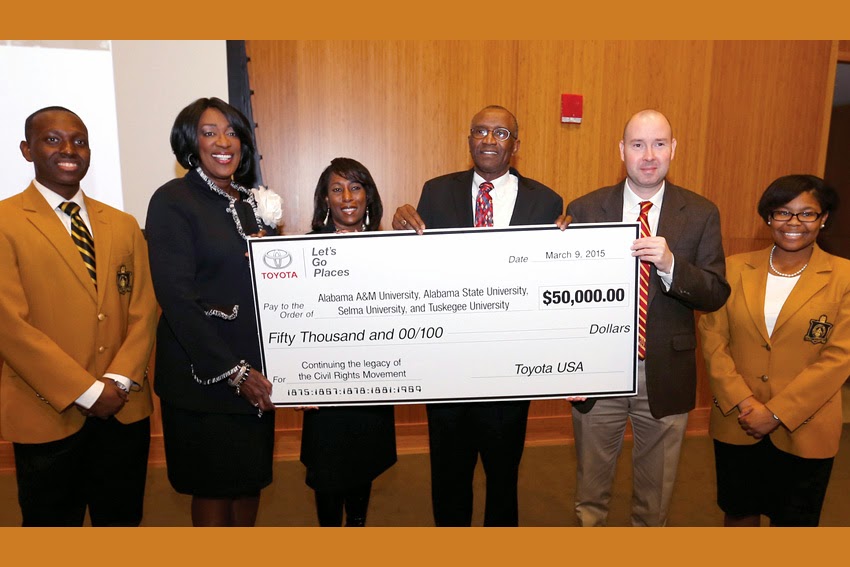 In 1965, thousands marched from Selma to Montgomery, Alabama on a journey for justice. All across the South, college students participated in the 54-mile walk. As the country recently celebrated the 50th anniversary of the historic event, Toyota has donated US$ 50,000 to four Alabama Historically Black Colleges and Universities (HBCUs) who played an essential role in the quest for civil rights and equality.

"Toyota has a long-standing commitment to the pursuit of education and partnering with historically black colleges and universities," said Adrienne Trimble, GM, Diversity & Inclusion, Toyota North America. "On this historic occasion, we wanted to recognize the four Alabama schools that played an integral part in the march five decades ago. Through this donation, we strive to support each school's commitment to developing the next generation of leaders and working to make the world a better place."
Posted by NGOupdate at March 17, 2015