NGOupdate
on June 06, 2015
Email ThisBlogThis!Share to TwitterShare to FacebookShare to Pinterest 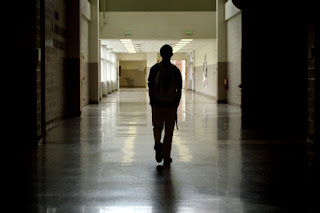 The first four-year recipients to benefit from the Buick Achievers Scholarship Program are receiving their degrees this year as the General Motors Foundation announced nearly US$ 1.2-million in new scholarships of up to US$ 25,000 a year for 50 students to pursue degrees in the fields of science, technology, engineering and math, or STEM.

Students can be selected for the scholarship after high school graduation or during any year of college study. Of the new class of recipients, 62 per cent are first-generation college students and 68 per cent come from diverse backgrounds. Nearly one in four have ties to the military, having served themselves or as dependents of a current or former service member.

To celebrate the combined achievements of the inaugural graduating class of Buick Achievers with the announcement of 2015 recipients, Diego Gonzalez, a Buick Achiever and 2015 San Diego State University graduate, teamed up with Buick last month to surprise high school senior Stewart Martin of Winston-Salem, N.C., with a US$ 25,000 scholarship.

"Growing up, I loved racing. My dad told me about Nascar engineers - and I chose that career path because it follows my dreams and it's a way to connect with my father," said Martin, whose father passed away when Stewart was a young child. "I'm so thankful for this scholarship.It brings me one step closer to following my dream."

Martin plans to major in mechanical engineering at UNC Charlotte.

"The future of our country lies in technology and innovation and depends on a strong pipeline of highly skilled talent," said Bob Ferguson, Chairman, GM Foundation. "Our scholarship program is helping bridge the gap between a skilled workforce and positions that companies are looking to fill."

Duncan Aldred, U.S. Vice-President, Buick, added, "The Buick Achievers Scholarship Program has become one of the most impactful in the county, demonstrating our commitment to those students who excel while also giving back to their community. This graduating class serves as a testament to what this scholarship has done for so many students - put a college degree in hand, and set them on their way to further education or the start of their careers."